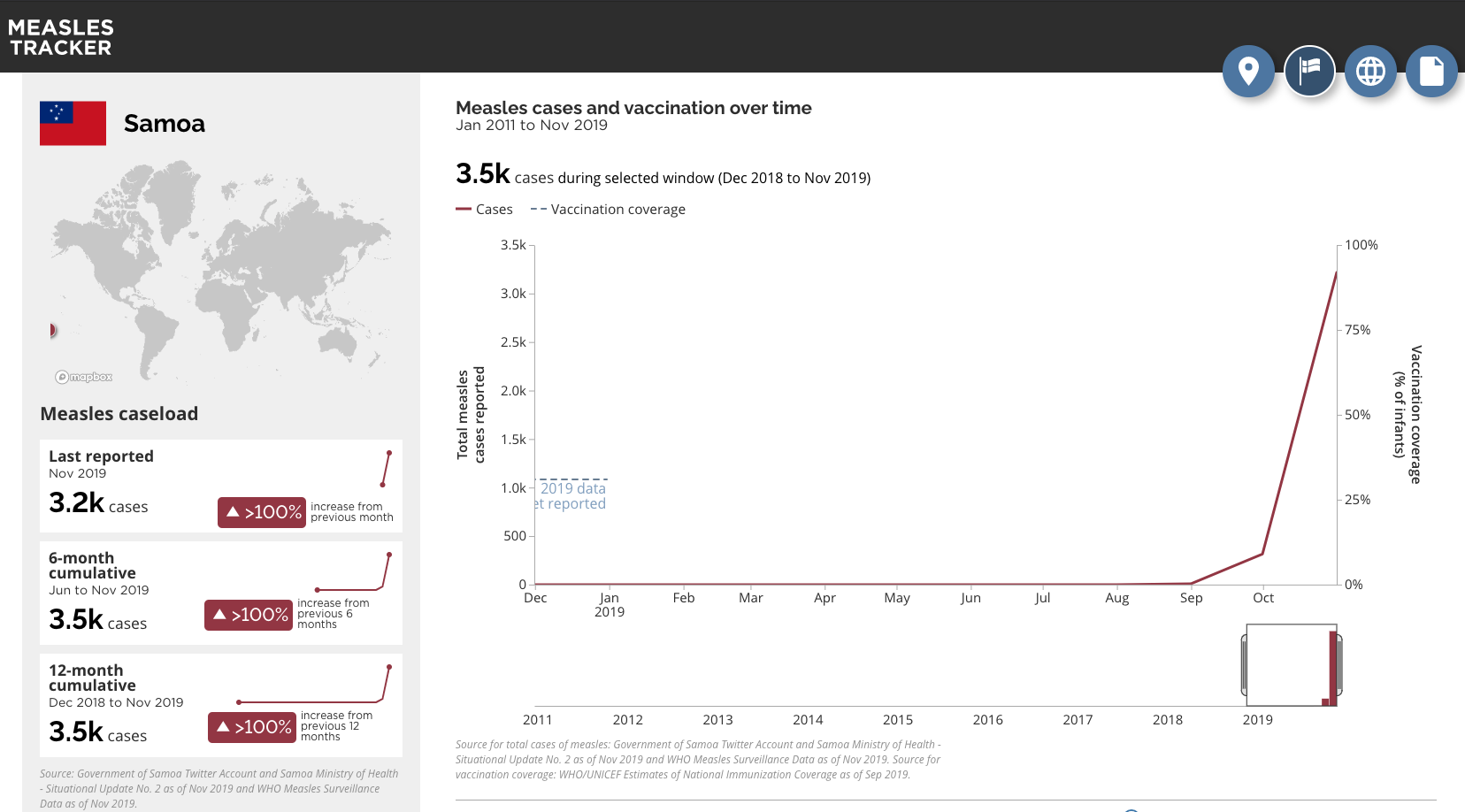 A Talus-built tool for visualizing measles caseload and vaccination

Before an effective vaccine became available in the 1960s, nearly every child contracted measles, and millions died each year. Now, a two-dose course of the vaccine provides lifetime immunity against measles in 97% of people vaccinated. Global vaccination efforts with this vaccine in the ensuing decades have saved millions of lives, preventing an estimated 21.1 million deaths between 2000 and 2017 alone. Despite this success, efforts to eradicate the disease have run aground.

The United Kingdom, Greece, Venezuela, and Brazil have all recently lost measles elimination status and the United States had a near miss. Measles caused approximately 110,000 deaths in 2017 (the most recent year for which fatality estimates are available) and with 2019 cases through September already nearly triple 2017 levels, with a quarter of the year to go, this is likely to be an especially deadly year. Even as the threat of measles looms, and extensive global efforts are in place to capture reported cases and vaccination coverage rates, central resources to visualize and understand these data in context, and near real-time during outbreaks are lacking.To fill this gap, Talus developed and launched a site to visualize both current caseload data and vaccination rates globally (measles.
diseasetracker.org) Measles Tracker brings together the best available data for reported cases of measles and infant vaccination in a holistic view, collated to draw out trends over time and regions, and applied to decision making. Data include caseload and vaccination coverage data from the World Health Organization (WHO) and United Nations International Children’s Emergency Fund (UNICEF), as well as data published and collated ad hoc from additional sources.